Question: What causes watery clear semen? Can you get pregnant with a watery sperm?

One of the problems men face is the “viability of their semen”. Semen is that whitish or sometimes greyish fluid that is released after ejaculation. The thickness, volume, and color can quickly get you worried especially if you’ve failed to get your spouse pregnant.

The truth is, when it comes to infertility, there are a lot of factors, and its possible it could be your partner.

Also, there are many causes of watery sperm, and in fact, it could be attributed to frequent sexual intercourse, low-quality diet or even your age. With that in mind, its still possible your clear semen could be due to infertility, and this occurs if there are abnormally low quality and quantity of sperm in your semen.

If you are 11, 12, 13, 14 or 15 years old, you may begin to panic after noticing a clear white semen. The truth is, it’s still not abnormal, and at that age, your reproductive system is not well developed.

Apart from the thickness of your semen, it’s important you check the color too. Whitish semen does not indicate any issue. In fact, you may sometimes get a creamy, grayish, or yellowish semen; This is normal.

However, if you’ve noticed your semen looks bloody or greenish, its clear something is wrong and its likely due to an infection (and yes, it could be sexually transmitted infections).

This article explains how semen forms, causes of watery semen, and steps you can take to right away to make it thicker.

How does semen form?

Your semen is the whitish ejaculate that is released after sexual intercourse. Oftentimes, you may notice that during foreplay a clear whitish fluid will be discharged from the penile opening. This is called pre-cum or pre-ejaculate fluid.

Released semen is the mixture of fluid from many parts of your body. Here are different parts of your reproductive system that makes up your SEMEN.

Your testes are where your sperm builds up. Usually, it takes about 70 days for sperm to form, and it will further require another Two weeks for complete maturation.

During ejaculation, the testes only contribute about 3 to 5 percent of your “released semen”

Just behind and below your bladder is a pair of gland called the seminal vesicles. This gland helps ensure sperm survives in the female reproductive tract by producing fructose (that provides energy) and an alkaline buffer that prevents the “acidic vagina” from killing sperm.

Your seminal vesicles contribute the bulk of your “released semen” (about 60 to 70 percent), and its the main reason your semen appears thick following ejaculation.

The prostate gland is just located under your urinary bladder and it contributes about 20 percent of the “released semen”. Within this gland is also an enzyme called PSA (Prostate Specific Antigen).

This enzyme helps break down your initial thick semen after ejaculation to a watery semen. This helps to free up sperm from the semen to enable its journey in the female reproductive tract.

These are other glands that primarily help in lubricating the urethra. They contribute less than 1 percent to your released semen.

Since you now understand how semen form in the first place, here are reasons why “clear semen” occurs

1.  Your reproductive system is not well developed yet

The main reason young boys experience a clear semen is because your sexual organs are still developing; Meaning, it may take some years to notice a thick semen.

Yes, having sexual intercourse many times in quick succession means your body has little time to replace the “released semen.”

Remember, it takes some time for sperm to form, and you will likely have a less quality semen after “too frequent ejaculation.”

If you notice a watery semen after frequent episodes of intercourse, don’t panic too, give yourself some time before trying again.

Another reason you may have a clear semen or no semen at all is retrograde ejaculation. Normally, during ejaculation, your bladder has sphincters that contract and close up. This help prevents sperm from entering your bladder (the organ that stores urine), but rather, sperm is released through the urethral opening.

However, when there is a dysfunction of the bladder sphincter, it causes semen to move into the bladder. If this happens, it creates a low-quality semen that is watery.

If you’ve had a prostate surgery in the past, its likely the reason its happening. Though, it could be due to drugs you are taking (listed here)

4.  Your environment and habit

Can clear watery sperm get a girl pregnant? 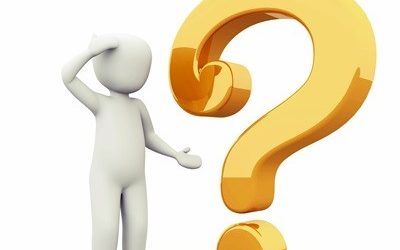 “does clear sperm mean infertility?” is common question men and women ask. In reality, it depends on several factors. In most cases, clear watery semen does not translate to infertility. Here’s what a healthy sperm should look like

Therefore, its difficult to identify a low or high-quality semen by just looking at it. The only way to achieve this is through a semen analysis. It’s important you see your doctor for more question you will want to ask.