Question: Clear watery discharge after ovulation: Am I pregnant?

When you are within the age of childbearing, it’s important you know the signs of ovulation and when it happens during your menstrual cycle.

This is necessary because women that engage in unsafe sexual practices should be aware their safe period for intercourse, and if you are expecting, your most fertile days.

During your safe period, the chances of becoming pregnant are very slim; So, if you have intercourse, likely, you won’t get pregnant.

Also, during your fertile period, getting pregnant can occur unexpectedly because at this time it is very easy for a man’s sperm to meet your egg released during ovulation.

Therefore, if you want to conceive very fast or avoid getting pregnant, you should learn about your ovulation signs and symptoms.

So, is clear discharge helpful?

Clear watery discharge before, during and after ovulation can be a way to tell if you are in your fertile period. At the same time, it could also indicate you are already pregnant.

Your body regularly produces hormones from the first day of your menstrual cycle that will rise and fall as your next period approaches. This hormonal change will affect how your vaginal discharge looks like.

During the first part of your menstrual cycle (When your period begins to when ovulation occurs) there is a rise in estrogen hormone.

Estrogen is a hormone that is produced primarily by your body’s ovarian follicles and causes different changes to your body.

Within a few days before ovulation will occur you may start feeling a stretchy and clear discharge.

This is your fertile vaginal mucous and means any sexual activity at this time has a risk of getting you pregnant.

There is no reason to panic if you notice a watery discharge before ovulation. It’s not abnormal as our body estrogen works to make you feel wet while preparing for ovulation.

Here’s an email I received from Chinaza

I’m 28 years old and I have been having infertility issues for 3 years now. Today, I noticed a clear discharge about 8 days after my period ended. Is this my fertile discharge or am I pregnant?

Water discharge after period has ended is because of ovulation and its normal too. There is no reason to panic, though, if you are expecting, you should have a lot more intercourse during this time.

On the other hand, if you are not ready for a baby yet, you should abstain completely or use contraceptives if you don’t what to get pregnant during this period.

This article explains what clear watery discharge after ovulation means, signs of ovulation and early sign of pregnancy.

Clear watery discharge after ovulation, Is it normal?

Remember that within days to your ovulation, your discharge becomes watery. It will be stretchy and be looking like an egg (egg white cervical mucus). So, a watery discharge before ovulation is normal.

If ovulation takes place, women may experience increased watery discharge that usually does not last for too long. This is not abnormal as you are still in your fertile period.

After your fertile window, the second half of the menstrual cycle begins and last from ovulation to the start of your next menstruation.

During this time, there is the elevation of another hormone called progesterone that is produced by the ruptured follicle (the corpus luteum).

This hormone causes a woman’s body temperature to be slightly raised (compared to the first part of your menstrual cycle) and changes your watery discharge to a more creamy and thick vaginal discharge.

This kind of discharge is non-fertile and continues for days before your period. Within a few days to next menstruation (2 – 3 days), your body progesterone hormone falls (if you are not pregnant) resulting in a dry vagina that is common before menstrual period.

Feeling wet after ovulation (before the next menstrual period), am I pregnant?

Truth be told, if you continue to notice an excessive white watery discharge just before your period will start, it may mean you are pregnant.

This occurs during early pregnancy due to hormones produced by the corpus luteum. During the early days of pregnancy, your body’s corpus luteum continues to produce progesterone and estrogen.

Nevertheless, some women’s ovulation will not occur when due; and ovulation is delayed by a few days or weeks. Stress, acute illnesses, severe loss of body weight and use of emergency contraception like plan B pills or Postinor can affect hormones that regulate ovulation.

This means if you have a delayed ovulation and feel wet before your expected period, you will test negative to a pregnancy test.

How can I tell I’m ovulating? 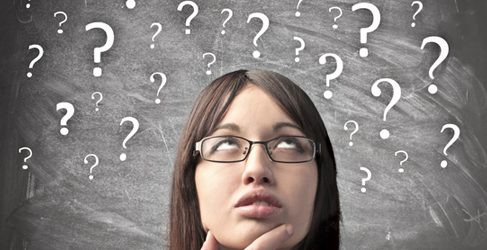 If you are not sure when ovulation occurs, this guide explains the symptoms and signs you should expect;

Ovulation happens when the most-mature ovarian follicle break open and release an egg into your fallopian tube.

Your ovary is an egg-shaped white structure that is located on either side of the uterus. One of the ovaries will release an egg spontaneously during ovulation.

In most fertile women, this release of egg occurs about 14 – 16 days from your next menstrual period.

Signs of ovulation are

2.  Heightened feeling and sense of smell

3.  An increased urge for sexual intercourse

What if I’m pregnant?

If you become pregnant, here are signs you may experience

Still worried why you are feeling wet after ovulation? Let us know