Do you have a bloody mucus discharge before your period and worried it could be pregnancy?

Blood in discharge simply means a mixture of vaginal discharge with blood from pregnancy, ovulation or other causes.

This article explains the causes of bloody mucus discharge and when you should worry about it.

What’s Normal vaginal discharge and why is your discharge brown?

Why is vaginal discharge important?

Vaginal discharge is vital because it helps prevent vaginal infections. The vagina contains lactobacillus which helps keep the vagina acidic. An acidic vagina easily protects you from infections.

What are the normal vaginal discharge colors I should know?

Your discharge could be brown, white or yellow and still may not be due to a medical problem. 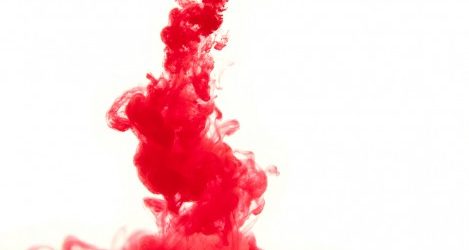 If you have a bloody mucus discharge from your vagina, then these are the possible causes you should know

If you are pregnant, bloody mucus discharge is an early sign. This is due to implantation bleeding.

What is implantation bleeding?

After intercourse during your fertile days, there is an increased chance of getting pregnant. If the sperm fertilizes the ovum (fertilization), it forms your baby or embryo.

This embryo is transported back to the uterus where it is implanted or attached to the lining covering the uterus (endometrium).

If this implantation occurs, there is resultant slight blood loss from the endometrium which mixes with your discharge to become bloody mucus.

How to know my bloody mucus discharge is due to implantation?

Bloody mucus discharge due to implantation occurs just days or a week before your period. If you had an early very light period or you’re spotting before your period after having an unprotected sexual intercourse, then its likely because of pregnancy.

Bonus Tip: You may be pregnant without knowing. Watch this 1-Minute-Video to Discover 16 Most common Pregnancy Signs

Other pregnancy signs are

When can I get a test to confirm pregnancy or implantation bleeding? 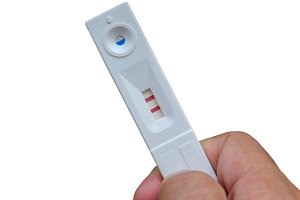 If you have a bloody mucus discharge before period then its likely pregnancy. Pregnancy test done while you experience slight spotting may be negative. This is because HCG level, which increases after implantation, is low during implantation.

Wait for a week and get a pregnancy test done.

During ovulation, some women may have bloody mucus discharge coming out their vaginas. This is due to rupture of the ovarian follicle with slight bleeding. This blood due to ovulation, when mixed with your discharge, will become bloody.

Ovulation is the release of an egg from the ovary after maturation and rupture of an ovarian follicle. This egg, when fertilized by sperm, gets you pregnant.

When does ovulation begin and how can I detect it?

Bloody mucus discharge during ovulation occurs 2 weeks before your period or a week after your period ends.

Sexual intercourse may cause a vaginal tear or cervical trauma. This may result in bleeding which mixes with your discharge and becomes brown or bloody.

Should I be worried about bloody mucus due to intercourse?

Not yet. Bloody mucus discharge due to intercourse or vaginal trauma resolves in hours or days. If you persistently have a black period blood after intercourse, then it may be due to a uterine polyp. You should inform your doctor.

Did you have a previous tooth extraction with severe bleeding? Or are there wound healing problems in your family?

Bleeding disorders affect your body process of healing and may cause bloody mucus discharge.

Do you have a vagina odor down there? Do you have a smelly vagina and discharge? Are you itching with pain during sexual intercourse? Then its possible your bloody mucus discharge may be due to an infection.

Vagninal infections can cause spotting between period. Possible infections that you may have are

Inform your doctor about your smelly vagina or other symptoms to get treated.

Read more: Is it normal for your vagina to smell?

If you are on a birth control pill or just started taking pills to prevent pregnancy, it may be the reason you have a bloody mucus down there. This occurs due to breakthrough bleeding.

There is no reason to worry as bloody mucus due to pills resolves in few months. However, if persistent, you should talk to your doctor.

Are you more than 40 years with bloody mucus discharge? Then it is possibly due to endometrial cancer or hyperplasia.

Endometrial hyperplasia is the thickening of the uterine endometrium. This result from un-opposed effect of body estrogen hormone on your endometruim

Any bleeding after menopause is a bad sign and you should inform your doctor to rule out cancer.

Reasons to worry about your bloody mucus discharge

These are some frequently asked questions about bloody mucus that may concern you. Let us know below if you have any further questions.

If you have a bloody mucus discharge after period then its due to your uterus removing or expelling endometrial tissues not removed during your period.

Should i be worried?

No. It resolves in a few days though you may sometimes experience cramp after period.

Other causes of vaginal bleeding after period

Blood mucus discharge between period is likely due to ovulation. If your bloody mucus comes 2 weeks before your expected period, then its likely because you’re ovulating

Other causes of bloody mucus in between periods are

Bloody mucus before period is likely because you may be pregnant. Implantation causes some women to spot before their next period.

Other causes of spotting before period

Are you pregnant with bloody mucus coming out of your vagina? Do you feel pain in your abdomen? Then you should immediately let your doctor know.

Thought most bloody mucus discharge during pregnancy may be due to trauma to the cervix or vagina, it may also be due to a miscarriage.

What causes clear discharge with blood streaks before period?

Clear discharge with blood streak can be due to ovulation, sexual intercourse or pregnancy.

Did you notice clear discharge with blood spots after intercourse? Rough intercourse can cause trauma to the vagina or cervix

Now it is your turn. Are you worried your bloody mucus discharge is abnormal? Let us know if we could help.