Most teenagers that have sexual intercourse find themselves in a dilemma later on.

If you’ve already had unprotected sexual intercourse, you can catch sexually transmitted infections like chlamydia, gonorrhea, and trichomoniasis.

Worst still, you can have an unwanted pregnancy, and if you do, you will be forced to terminate the pregnancy.

Depending on the method used in termination of pregnancy, bleeding may be severe and may require hospitalization.

I need your advice as I’m currently bleeding heavily after taking medications to stop my pregnancy.

I’m 26 years old, and I noticed I was pregnant after missing my period for a month.

I decided to take a pregnancy test and was surprised that I was pregnant. After informing my boyfriend, he requested I take drugs to terminate the pregnancy.

I took unknown medication (about 4 tablets in combination), and since then, I have been bleeding and having severe cramps in my abdomen.

Bleeding is bright red, sometimes dark, and pain is very sharp around my belly button area.

What can I do to stop bleeding after abortion at home? Please reply.

Either way, if you’ve already had an abortion and you are still bleeding, this article explains why bleeding occurs, and steps you can take to feel okay again.

What causes bleeding after abortion?

If you get pregnant, your baby is fertilized in your fallopian tube, and then, is transported slowly to your womb when it is attached to your uterine endometrium, and it starts growing.

Different hormones become elevated in the early weeks of pregnancy, and they work to prevent any risk to your baby.

If you’ve taken medications to stop pregnancy, they work to force contraction of your uterus and to block the effects of progesterone and estrogen in early pregnancy.

If your uterus is not contraction adequately, it gets filled with blood, gets bigger and causes severe cramps in your abdomen, and back pain. Also, you will continue to bleed heavily if nothing is done quickly about it.

Depending on the type of abortion you’ve carried out, you can expect to bleed for a longer time. Most times, bleeding and cramping after abortion will occur if you failed to inform your doctor, and instead took medications on your own.

There are different drug to stop pregnancy in the first and second trimester, and if you’ve taken medication very late into pregnancy, you can expect more complications.

In the first trimester, bleeding is common, and it’s likely you won’t have dangerous side effects. In fact, if you’ve seen your doctor, and followed his prescription, then it’s likely you will not have a severe complication.

The truth is you are most likely to experience heavy vaginal bleeding after an abortion if you’ve taken medications to stop pregnancy. Some of these medications are

Mifepristone (commonly sold as Mifeprex) is a common drug that can be used to end a pregnancy. It works by blocking your body’s hormone, progesterone. Progesterone is required in early pregnancy and help in stabilizing your endometrium.

If you’ve taken Mifepristone, you can start bleeding as early as two days after an abortion. Bleeding may continue for a longer time if you’ve taken only mifepristone alone and you should see your doctor if bleeding continues for more than two weeks.

Mifepristone success rate is more than 60 percent, though could be higher if combined with misoprostol tablets. Other side effects apart from bleeding are vomiting, nausea, dizziness, and fever.

Misoprostol (commonly sold as Cytotec) is a well-known drug that can be used through many routes (the moth, under the tongue, inside the vagina, and the anus) to stop a pregnancy from continuing.

If you’ve taken misoprostol alone, bleeding after abortion is common and this occurs because of an incomplete termination of pregnancy.

Usually, misoprostol can be used alone with a maximum of 4 doses, 3 hours apart. Alternatively, you can use mifepristone on the first day, and then wait for 48 – 72 hours, then take misoprostol.

If you’ve used only misoprostol alone, you can expect extended vaginal bleeding because the success rate is less than 90 percent.

Other side effects of misoprostol are abdominal cramps, constipation, diarrhea, bloating, flatulence, and fever.

How long does bleeding last after a medical abortion (misoprostol)?

If you’ve used drugs to end a pregnancy, you can expect bleeding to happen. The chance you will bleed is increased if you have an incomplete abortion. An incomplete abortion means that there are still parts of your baby in your womb, and this will cause you to bleed for a longer time.

Presence of fetal part at the entrance of your womb (the cervix) will prevent adequate contraction of the uterus and subsequently bleeding.

The truth is it’s difficult to tell when your bleeding will stop after a medical abortion, but in most cases, bleeding should be lighter or stopped in 2 weeks after an abortion.

Should you still be experiencing a heavy bleeding with big blood clots 2 weeks after an abortion, you should see your doctor without delay.

Apart from using medications (mifepristone, methotrexate, and misoprostol) to terminate a pregnancy, you may sometime require the use of surgery to clear your womb completely.

Most times, surgery is necessary if medication fails to remove and stop your pregnancy. Some of the techniques used are 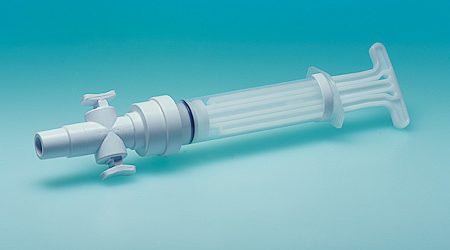 Here you will lie down on your back with legs wide open. After adequate anesthesia, your doctor inserts a rubber tubing through your cervix into your vagina. A negative pressure forces the content of your womb out through suctioning.

This is another way to stop bleeding after an abortion and involves the use of a dilator that opens up the cervix and a currete that removes fetal tissues.

How long does bleeding after surgical abortion last?

If you’ve had a surgical abortion, it’s not abnormal if you experience light bleeding for some days. In fact, you will notice on and off bleeding that stops and then starts again as your womb contracts to remove fetal part out the uterus entirely.

How to stop bleeding after abortion | Home remedies

While you can try dried ginger, milk and egg, sesame and pumpkin seeds at home, it’s crucial that you see a doctor for an ultrasound.

A surgical approach will be required for quick recovery after abortion. If you’ve had a surgical abortion, it’s possible that there could be retained products of conception that trigger vaginal bleeding. It’s important to see your doctor for assistance.

Bleeding one week after abortion, is it normal?

If you are bleeding 1 week after abortion, it’s normal. You may experience a light, and then heavy bleeding which subsides later on. It takes some time for medications to clear your womb completely. So be patient.

Bleeding 2 weeks after abortion, is it normal?

If you are bleeding two weeks after abortion, it’s likely you still have some retained fetal tissues. If bleeding is light or you have brown discharge, it’s not abnormal.

See your doctor if bleeding continues more than 2 weeks.

Still bleeding 3 weeks after abortion, should I be concerned?

Yes, you should be worried if bleeding continues for a longer time. If you are still bleeding 3 weeks after an abortion, you should consult a doctor for examination and an ultrasound. Its likely something wrong.

If you’ve had a medical abortion, then minor surgery will be carried out to clear uterine content.

Bleeding 4 weeks after abortion, what should I do?

At 4 weeks, it’s abnormal that you are still bleeding. If it’s still heavy, it means you are at risk of losing too much blood. See a doctor right away for examination and treatment.